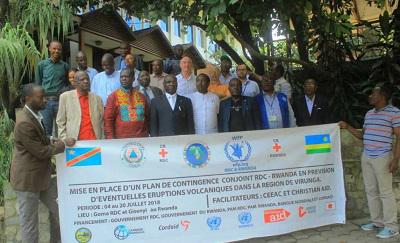 Goma, July 24, 2018 (ACP) .- The provincial minister in charge of the Territory Administration in North Kivu, Valerian Mbalutwirandi Kinywa, recently completed the validation work at the Ishango Hotel in Goma. Joint Contingency Plan for Disaster Management adopted after two days of scientific reflection between experts from the Democratic Republic of Congo and Rwanda.

In addition to the joint contingency plan, experts from two countries in charge of disaster management also validated the Memorandum of Understanding on the Prevention and Management of Natural Disasters, copies of which were given to each of two parties for appropriation. at the summit of the States, before their next signature by the delegates of the Congolese and Rwandan ministries having the management of disasters in their attributions.

For Minister Valérien Mbalutwirandi, the elaboration of the texts in diplomacy being based on several rules, this completed stage already constitutes a base pending the analysis of the texts at the level of the States so that the signature intervenes. This is an important step taken, he acknowledged, given the identical risks between the DRC and Rwanda, "especially for the cities of Goma and Gisenyi".

For his part, the provincial coordinator of civil protection in North Kivu, Joseph Kambale Makundi, was keen to ensure that the design and adoption of a contingency plan is not to be confused with an announced volcanic eruption but he rather, it is a forecast between the two countries to "manage well any emergency that may occur as a result of any disaster. The purpose of this activity supported by the World Food Program (WFP) on the DRC and Rwanda side with the expertise of a delegate from ECCAS and MONUSCO, is to avoid any trial and error, as during the volcanic eruption. of 2002 ", he said, before deploring the fact that at that time," the population of Goma had then dumped in Gisenyi, Rwanda, without appropriate structures of reception for lack of a plan of contingency approved by the Experts of two countries obliged to live together ". 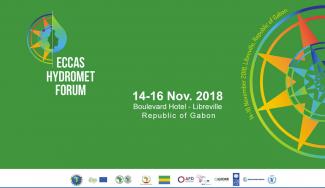 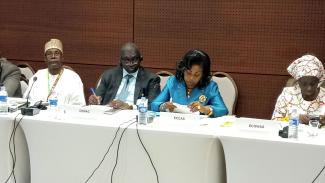 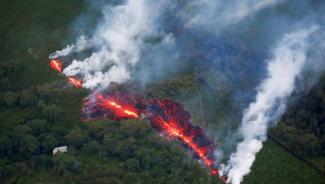 THANKS TO CURIOSITY, MORE THAN 23 INJURED TOURISTS NEAR VOLCAN KILAUEA 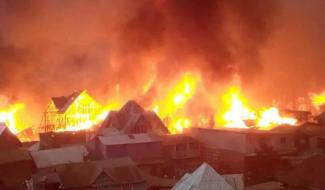 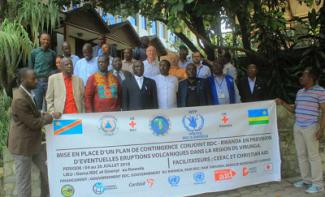 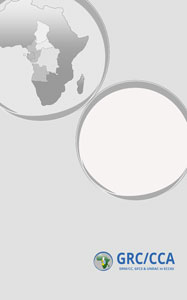 Save the date 1st ECCAS HYDROMETEOROLOGICAL FORUM 14 to 16th of November 2018, Libreville, Republic of Gabon
PDF